The Suburban News or Westside News has recently published a comprehensive article on Larry's 2014 trip to Tieling China. The article also introduces readers to lotus and growing them in the Rochester area. http://www.westsidenewsny.com/features/2014-08-25/love-of-lotus-leads-to-presentation-in-china/ … END_OF_DOCUMENT_TOKEN_TO_BE_REPLACED

In July 2014 I had the pleasure of joining the National Lotus Exhibition in Tieling China. I also had the honor and privilege of presenting to this group about American lotus - the first American ever to do so in their 28 year history. Tieling was selected as this year's site due to the restoration and 'development' of a major wetlands within its boundaries.  The local government did a superb effort with this project. The organizers of this meeting provided a flawless meeting, with excellent … END_OF_DOCUMENT_TOKEN_TO_BE_REPLACED

September 2013 has proven to be a rather mild month with a good amount of sunshine. As a result not only are tropical waterlilies in bloom but hardy waterlilies and a few lotus. The mild trend as continued into October as well so I thought it would be helpful to share what is in bloom for customers looking for longer bloom cycles. … END_OF_DOCUMENT_TOKEN_TO_BE_REPLACED 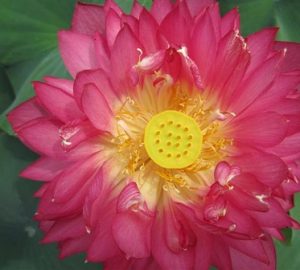 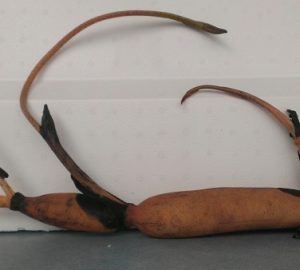 At Bergen Water Gardens we have just received another shipment of favorite lotus tubers for your pondscape. These lotus will be available by the end of May 2013 as young lotus plants. In this shipment we have N. 'Rosea Plena'. N. 'Charles Thomas', N. 'Mrs. Perry D. Slocum' and N. 'Perry's Giant Sunburst'. … END_OF_DOCUMENT_TOKEN_TO_BE_REPLACED

Scroll Back to Top
0